Building a Mystery Part 1 - Character and the Cozy 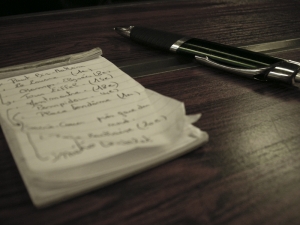 Building a Mystery - Part 1
Character and the Cozy
I've been a professional writer for quite a while, though my career as a published mystery author is just beginning. One thing that writing romance novels does for the writer, is it forces them to focus on character, the heart of any romance worth reading.
So I look at my eleven years writing historical romances as training ground for my career as a mystery author. For some readers, character may not seem an important part of a genre that can coast along nicely on a gripping plot, good action, and a believable murder investigation. But I guarantee this: if you think of the writers you like best, you'll find that they created at least one, and probably more, memorable characters.
Think of a protagonist who stumbled into private investigation when her lone wolf nature got her evicted from the police force of a small California town. As books in the series were published, we learned that she became the way she is because of her background, raised by an aunt who was not a nurterer. Sue Grafton's Kinsey Millhone is one of the iconic characters in mystery fiction, with every book giving us a little more depth, a little more insight into the quirky character.

But as a writer, how do you do that? How do you create a character that folks will not only like, but remember?

I must admit, I've thought about this a lot over the years, and if you're interested, I'll share, starting with...

What's in a Name?
Do... give your character a memorable, but not overcomplicated or difficult to pronounce in your head, name. If your character's name is pronounced 'Peter' don't spell it 'Peetyre' and expect folks to get it. The exception is if you are setting your mystery in a country where spelling of names is formalized and important to get right. If your character is Welsh, then Dafydd for David is correct, but give your reader a shot at pronouncing it right. Give a pronunciation key in some way, and repeat it in every book in which the character appears. Real-life Canadian singer Damhnait Doyle's Irish name is interesting, but I can never remember that her first name is pronounced 'DAV-net'. Maybe I will, now that I've made a point of it in my head. She's a real person, and the name is cool, but I wouldn't go out of my way to give a character such a complex name. Look at Kinsey Millhone... easy to remember, easy to pronounce.
Don't... give your character a stupid name that distracts from the character. This is somewhat a personal prejudice, but hear me out; I have a reason for disliking cutesy names like Kitty Katz, or Lily Gardener. As tempting as it is, if that character is going to stick around beyond one book, it is a turn-off for me, as a reader, if I'm rolling my eyes every time I read the character name. And it's bad for the eyes. I'm not against unusual names; far from it. After all, I named a central character in my Vintage Kitchen Mystery Series 'Valetta Nibley'. But if you feel a compelling urge to name someone Baby Druel, or something equally horrendous, go on... I dare you!
I have lots more to say, but I figure I have time. Tune in next time for more on Character and the Cozy in Building a Mystery - Part 2
Posted by Victoria Hamilton at 5:00 AM 1 comment:

For me, reading a new mystery series is often as much about the people as the mystery... I like to follow them from book to book and learn about their lives as well as try to solve mysteries with them.

So, in light of that, I'm experimenting at Killer Characters over the next few months... follow Jaymie Leighton in real time as she lives her life in the months leading up to the launch of my first Vintage Kitchen Mysteries book, A Deadly Grind, in May of 2012.

My characters blog on the 21st of every month... find out what happens next on December 21st! I'm not sure if she'll be blogging, or if someone else will step in and blog for her.
Killer Characters: http://www.killercharacters.com/2011/11/winds-of-november.html
Posted by Victoria Hamilton at 5:43 AM 1 comment: 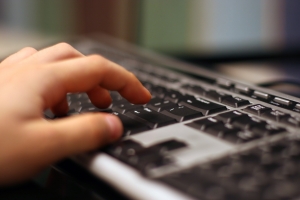 1 - Back up your files... all off them!
My computer crashed recently, and though I had all of my document files (novels, etc) backed up on a flash drive, there are lots of things I've lost forever, or until my computer guru can try to get them off my old computer. I just hope I haven't lost any irreplaceable photos!
2 - Be careful on FaceBook.
On the weekend some skeez 'tagged' me in a pornish photo, and it showed up in my profile!! Because I rarely go online on Sunday - it is family day! - I didn't catch it until this morning. I have now learned how to use the account settings on FaceBook to keep that from EVER happening again! I am so embarrassed and disgusted by it. I'm afraid I may have lost some FaceBook friends who unfriended me!
3 - Facebook is still a great place.
Several people messaged me about the photo, warning me that I may have been hacked because they knew it wasn't something I would put on there. I am humbly grateful for the support!
Thanks everyone.
With a brand new powerful, lightning fast computer, I will be back with new posts, as I move inexorably toward the May 2012 arrival of A Deadly Grind! I've seen the cover, and it is adorable!! As soon as I can share it, I will.
Posted by Victoria Hamilton at 12:06 PM No comments: