This is all new and exciting for me, creating a mystery series, and if you are a cozy reader, I thought the process might interest you.

I am introducing my new cozy mystery series, the Vintage Kitchen Mysteries, starting some month/year in the future with the publication of Hoosier Dead Guy? (that's the working title, anyway... do you know what a Hoosier cabinet is? If not, you soon will!). (Edited May 9th 2011 - New title is A Deadly Grind... so far, anyway. Editor was concerned folks would hear 'Hoosier' and think basketball!!) I thought, in speaking of the series in this blog, that I'd start at the beginning and work forward. Even in Wonderland, this usually works quite nicely. (Remember, the King of Hearts said, "Begin at the beginning and go on till you come to the end, then stop." 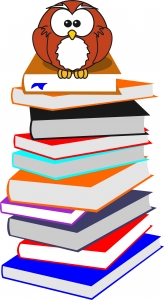 So, the beginning of my achievement of a lifelong goal - a three-book contract with Berkley Prime Crime for a cozy mystery series - is thus; several months ago I achieved my dream of scoring the big score... Jessica Faust of Bookends Literary agreed to represent me. Amazingly. I've spent years thinking I wasn't ready, and maybe I wasn't, or maybe I was holding myself back by writing things that weren't really up my alley. I love and read cozy mysteries, but I wrote several mysteries that could best be described as awkward hybrids, neither fish nor fowl. (Sidebar... where did that phrase come from? Note to self; look it up.)

But wait a minute... that's really not the beginning, is it? What proposal did I show Jessica that convinced her to take it - and me - on? How did I come up with the idea, you ask?

Okay, so we really need to go back further, more than a year ago.

I had a literary agent, and we had worked together for years in my previous incarnation as a romance author. (Aha, says the perspicacious reader, so you did have a hand up in the business! In one sense, I suppose I did. Successfully transitioning from being a romance author to publication in my first love, mystery writing, eluded me for years, though.) But he and I were going in different directions, and that's okay. It took me far too long to recognize it, and we stayed together for too long out of loyalty and mutual appreciation. He was (and is) a really nice guy, and a good agent. For someone else. But I wanted to be a mystery author, and always have, and he didn't have a whole lot of experience in that area.

So, I began to research agents, and it didn't take me long to figure out that Jessica Faust of Bookends Literary was it, the pinnacle, the epitome of everything I wanted. So I brushed up my proposal for a mystery series, and sent it to her. 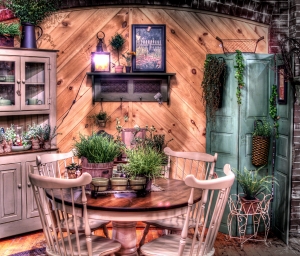 And got a polite rejection. I could have left it at that, but I didn't. I emailed her, thanking her for the rejection (!! This is generally not advised, but I did it anyway.) and asking if I could do something to the book that would make it more palatable. She said, 'not really'. Then she wrote the key phrase that changed everything for me. She suggested that I was a very good writer - that wasn't the problem - but if I was truly interested in writing a cozy mystery series, I should look at her list of clients, and pick a few books to read.

Continued in Part 1b!
Posted by Victoria Hamilton at 12:05 PM