Where did we leave off? Oh, yeah... I had made a list of agents, and begun proposing. Onwards and... upwards? 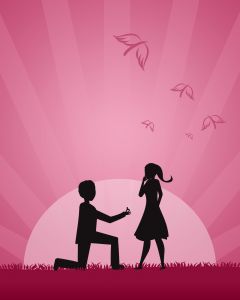 I sent out proposals to a dozen agents or more, probably, over the course of two months, two or three per week, all solicited queries. But... not all of the Vintage Kitchen series. Though I knew the Vintage Kitchen Mysteries was a solid cozy series idea, I also believed (still do) that the other book/series proposal was/is a good idea. Some of the literary agents were not suitable for a purely 'cozy' proposal, so I sent those agents the other idea. I would, I decided, leave it up to God/fate/destiny what happened.
One or two got back to me fairly quickly with a 'this isn't for me' kind of response. But it was a bad time of year to be proposing to anyone in New York. For those who don't know, the publishing world basically shuts down in December, July and August (in my experience). The period between Thanksgiving and Christmas is especially bad, so I knew it would be tough sledding. Most agents and editors are determined to clear their desks of piled up work in that period, and focus on the clients and projects at hand.

One saving grace, in that time, was that I had a finished romance manuscript accepted at a big new start-up, so Christmas 2009 was not terrible. I can say that now. It didn't feel so sunny/rosy/rainbowy all over then. I was distraught and full of doubt. Had I made a mistake? Should I be writing the next big romance novel? After all, it was work, and I like romance novels.

January came, as it inevitably does, in the middle of that long winter, and so, as January progressed, came the 18th, right after the 17th, as usual. Jessica Faust was now... open for queries again!! But me? I let the date pass without leaping onto my computer and sending off the cozy proposal. Wouldn't want to look to anxious, you know. I was like the uber-cool fella who slouches along by the popular girl, but doesn't join the horde of hopeful suitors. I'd wait. A few days. I couldn't stand to wait long, mind you.

I sent my query to Jessica on January 20th or 21st, and sat back to wait. She requested the proposal fairly quickly, I sent it, and then sat back to wait again. And wait I did. She was inundated with queries/proposals, as I knew she would be.

But a few weeks later I got an enthusiastic email saying she read the proposal, couldn't believe she had waited so long, and wanted to talk. We talked, and in that phone call she tried to give me time to think about signing with her. Hah!!! As if I'd let her go that easy. I told her I didn't need any time; I'd done the research, and I knew that she was my 'dream' agent. I didn't need a moment more, not even a millisecond.

'Send me the contract', I said, and sent an email to every other agent who had one of my proposals. I was off the market. It had taken me five or six months, but I got my literary agent, and I was gung ho to go!


And so it begins... Part 3  - The road to mystery publication, which started so slow and winding, takes a steep new ascent, and I'm just along for the ride... wheee!
Posted by Victoria Hamilton at 6:19 AM